Gaggan
As a guy from a medium-sized city in the heart of the American South, it’s hard to imagine that I would have ever heard of Chef Gaggan Aanad without the mass attention of Netflix and their culinary extravaganza documentary series Chef’s Table. It’s one of the latest evolutions in the explosive movement of redefining chefs as modern rock stars. (Rock-N-Roll is dead after all, and needs replacement). The trend started with chefs like Julia Child and Jeremiah Tower laying groundwork to expand the culinary world into more than a blue collar, base level job. Anthony Bourdain and Eric Ripert have perpetuated and, now a few generations in, Gaggan Anand is a force of epic magnitude. And boy, I love the show, but David Gelb doesn’t even begin to paint justice to the soul of the Gaggan empire. I was skeptical at first. Not necessarily of the food, but of the ability to pull off the culmination of a New York City level dining experience deep in the often beautiful and sometimes shrouded hustle and bustle of Bangkok. The last time I was in this city I barely escaped being hit in the head with a beer bottle at a riot. That bottle flew past my face and broke through a window at a concert venue as others went to burn the surrounding beer garden to a crisp. I was skeptical of its recent accolade as 7th best restaurant in the world (it now continually grips number one in Asia.) It’s nice to know that I can be pleasantly and profoundly surprised. 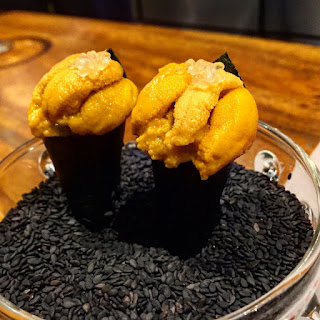 The thought of a tasting menu can be daunting and overwhelming. Tastings have often left me feeling like I’ll never be able to walk again. But true balance exists here. It met my scale of a perfect tasting; I could have had a single slice of pizza afterward. No stuffy French dining room in sight. This is more of a passion project than a restaurant. It’s like a rock opera (one of the good ones) in culinary form. The menu isn’t a show-off escapade. Its adoration served hand over hand. I have never seen the soul of a chef shine across so strongly with every single bite. Gaggan waxes poetic step-by-step. Pieces of his soul land in front of you; these are not merely dishes on a plate. Many restaurants achieve a perfect execution of their dishes.  But at Gaggan, a new level exists that is beyond simple definition. This goes far past mere adherence to tried and true technique. You can only pass a sauce through a sieve so many times before it needs something new and inspired. 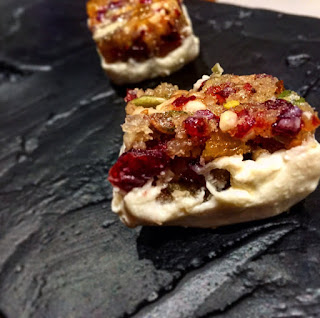 It’s honesty, bare and true, in a dishonest world. And they manage to execute all of it gracefully and without pretension. Gaggan has mocked the very idea of fine dining while simultaneously creating a newer, more relevant version for himself and those lucky enough to sit at his counter.

The menu arrives as a list of 25 emojis printed on vellum. No words, just the increasingly common language of social-media animations. A watermelon slice, an explosion, a tongue, a shrimp. It goes on and on. A bit too hipster? Maybe seemingly at first. The reason is obvious at the end of dinner. Is it important to know what something is to enjoy it? By this point, you’ve been asked if you have dietary restrictions or allergies. No doubt, that part is (sometimes) important. You’ve had your say, now it’s time to put your fate in the hands of a masterful team. Your preconceived emotions may limit your enjoyment if you know what you’re eating. Eat it and squirm later. It will still have been just as delicious.  How many people would say no to a Goat Brain Pastry and never would have known how similar to heaven it tastes?

The most important thing here? It was fun! Really fun. I laughed out loud, broke the ice with those around me, and had a great time. When you’re literally licking your plate clean with sophisticates from all around the world while rocking out to KISS, you’re bound to enjoy yourself. These things don’t belong in fine dining… but yes. Now they do. And there will be no apology from this kitchen.

I was pleased to learn that wine pairings are now a part of the dining experience. It’s an evolution that I find to be utterly important to a beautiful dining experience. The pairings, and the well-detailed explanations behind them, are bold and unexpected, yet oddly perfect. Massive steps from the norm have created a next level world of surprise. They say over and over that there are no new ideas. But I’ve always thought that every new idea opens a thousand new doors. Gaggan proves it with unpredictable whim and curiosity.

Anand studied under Ferran Adria. Arguably the best chef not just in the world, but in the entire history of the world, and well, it seems like Gaggan retained something from that. But did he need it? Maybe it sparked passion and maybe it sped up skill. Maybe it gave him a foot forward with name recognition, but I don’t think for a second that he didn’t have it in him the whole time.

Gaggan reminds me of other places that I know about and have visited. It’s a rock star mecca like David Chang’s Momofuku Ko. It has flashes of gastro molecular Alinea style fare. It has the perfection of Jake Bikelhaupt’s former masterpiece 42 Grams (RIP). It presents the bold, passion oriented wine pairings of Seattle’s Canlis. It is at once all of these things and none of them. Gaggan claims that it’s Indian food elevated. I have a hard time calling it that or anything else. What’s the genre? It’s Gaggan. It’s mastery of an art form. It’s a museum re-imagined. It’s the Rolling Stones all over again. It’s the lack of understanding we have of Hunter S. Thompson, but our unconditional love despite. 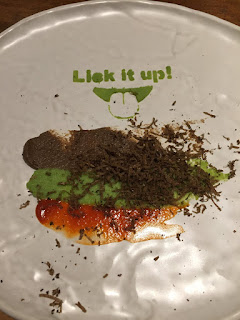 Michelin came a bit before I did. I expect two stars. Gaggan doesn’t care. Neither do I. After seeing what I saw at dinner the other night, it could only help the success of his culinary school and other future endeavors. And it’s obvious that his head is in the right place. I don’t see any way that the stars will get on top of him. He and his dedicated team are the stars. Open your eyes and view the beauty that already exists around you. As goes the concept that I’ll steal from Anthony Bourdain; why do you need a tire company to tell you that your food is good?

I realize now that walking into Gaggan with my own comparatively uneducated skepticism makes me the unmerited pretentious one. I’m the Kanye West here. Gaggan is the Jimi Hendricks. At one point during service the lights flickered briefly and the Sommelier joked about not having paid the power bill in several months. But I’m not so sure that he was joking. I don’t think the restaurant would miss a beat if the power turned off mid-service. It might even make the experience better. The time Gaggan lost power and turned it up to 11 despite. 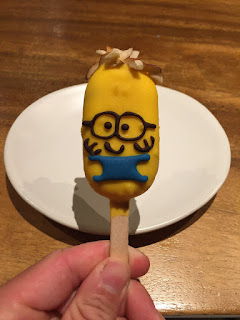 It’s just as important to note the excellence of the culinary and service team. As with almost any restaurant, it is not a one-chef show. The people behind him have built an empire. Gaggan Anand is their fearless leader. But the team, together, exist as legs of iron and fire. Sometime in the next few years, Gaggan will close shop in Bangkok and the applauded chef will move to Japan and start totally fresh on phase two. I’m thinking about moving there too.
Posted by Unknown at 1:01 PM